CyberPolicy is monitoring news of the coronavirus (COVID-19) outbreak and has activated a business continuity plan in response to the situation. We have implemented precautionary and preparedness measures to reduce exposure to the coronavirus and are prepared to maintain normal business operations.
X

In 1882, Chubb was founded as a small marine underwriting business in New York. It has since grown to become the largest publicly traded property and casualty insurer in the world, with over $160 billion in assets. Chubb now operates in 54 countries, with over 30,000 employees. They provide commercial, personal property, casualty insurance, personal accident, supplemental health insurance, reinsurance and life insurance to a diverse group of clients.

Get matched with the best insurance for your business needs.

Why does having a good reputation matter to Chubb?

On June 26, 2015 during a severe thunderstorm in Lumberton, North Carolina, lightning struck the Gibson Cancer Center, resulting in significant fire damage to the building. Luckily, the building was empty at the time. The fire, smoke, and water damage resulted in a total building loss. The immediate concerns surrounded continuity of patient care, as Gibson was the only outpatient cancer center in the area. 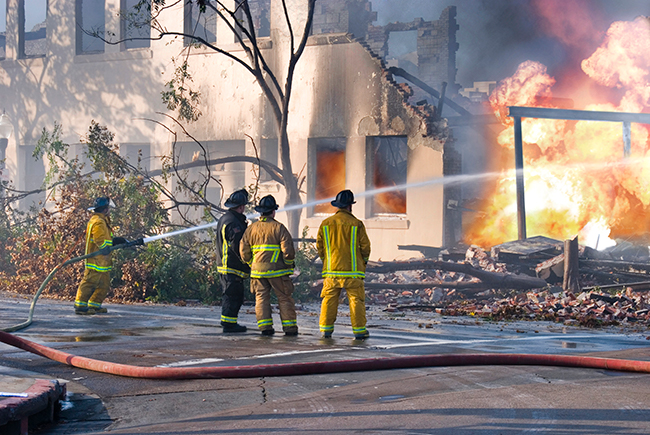 Given the nature of the facility and what they provide, we wanted to do all we could to get them back up and operating as quickly as possible…

On Sunday, June 27th, just one day after the fire - as Gibson worked off of its contingency plan, Chubb brought in a construction consultant, and medical company to help create a strategy to rebuild the center. Alternative treatment facilities were organized for patients. The Chubb team worked hand-in-hand with Gibson to go over plans and scheduling, to keep the process moving, while Chubb General Adjuster Michael Koos made sure the center had what it needed to meet rebuilding completion estimates in 13 months. “We did incur additional costs working nights, weekends and overtime to get the reconstruction completed at an accelerated pace, but Chubb as a company decided that it was to our benefit as well as the insured’s and the community’s to complete the repairs ahead of schedule,” Koos said. “It was also very rewarding to me individually – it gives you a good feeling from start to finish, and a sense of satisfaction.” With Chubb’s help, the new Gibson Cancer Center was fully operating within 9 months--four months ahead of schedule.

What Does Chubb Insure?

EXPLORE INSURANCE COVERAGES IN YOUR STATE